Shell, one of the world’s largest oil companies, has warned that the low price of oil could reduce the value of its assets by up to $22bn (£17.9bn).

It said it expects oil to change hands at $60 per barrel in the long term and to be priced at $35 this year and $40 next year.

Shell follows rival BP in telling investors that oil assets are not worth as much as they used to be.

BP told investors this month its assets could be worth $17.5bn less.

Countries across the globe have ordered people to stay indoors and not travel as a result of the coronavirus pandemic, which has caused a slump in demand for oil.

As a result, the cost of oil fell to less than $20 a barrel at the peak of the crisis, less than a third of the $66 it cost at the start of the year.

For a brief period buyers were actually paid to take delivery of crude oil amid a shortage of storage. 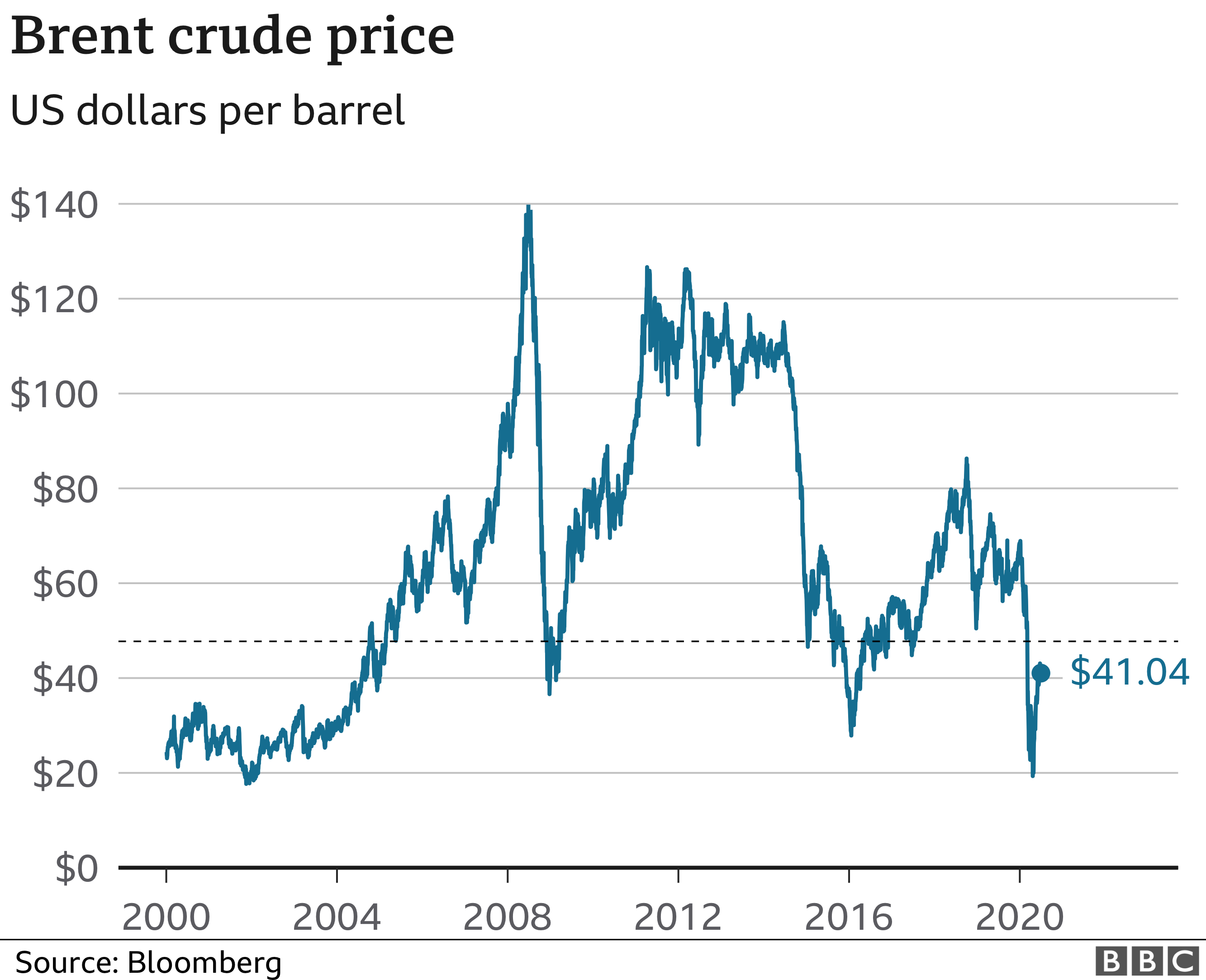 The price of Brent crude oil has recovered in recent weeks, and is currently trading at $41.04 per barrel.

Before Tuesday’s update, Shell had been banking on oil fetching $60 a barrel for the next three years. It has not previously declared a long-term price assumption.

“How individuals, governments and businesses respond to the Covid-19 crisis in the months ahead will have long-term implications for the environment and the future of oil-producing companies and countries,” said Michael Bradshaw, professor of global energy at Warwick Business School.

Much will depend on whether world leaders decide to rebuild the global economy with fossil fuels or invest in green energy, he said, in line with the Paris climate agreement. It will also depend on consumer tastes, he added.

“For example, there is no guarantee the transport sector will fully recover. After the pandemic, we might have a different attitude to international air travel or physically going into work.

“This will create huge challenge for oil producers, especially if demand and prices fail to recover sufficiently to support a managed transition to a more sustainable future.”

Oil companies such as Shell and BP are trying to reform themselves as energy firms, dabbling in greener energy and attempting to wean investors off the large dividends they traditionally pay.

In April, Shell cut its dividend for the first time since World War Two, lopping two thirds off the payments.

Still, market-watchers are considering whether these changes are coming fast enough, as Shell’s reduction in the value of its assets will make its debts look that much bigger.

“Oil prices have spent a large part of the last five years under $60 a barrel and while the collapse of several large US shale names might reduce global supply, the outlook for demand is hardly robust.”