The UK’s debt is now worth more than its economy after the government borrowed a record amount in May.

The £55.2bn figure was nine times higher than in May last year and the highest since records began in 1993.

The borrowing splurge sent total government debt surging to £1.95trn, exceeding the size of the economy for the first time in more than 50 years.

Chancellor Rishi Sunak said the figures confirmed the severe impact the virus was having on public finances.

“The best way to restore our public finances to a more sustainable footing is to safely reopen our economy so people can return to work.

“We’ve set out our plan to do this in a gradual and safe fashion, including reopening high streets across the country this week, as we kickstart our economic recovery,” he added.

Income from tax, National Insurance and VAT all dived in May amid the coronavirus lockdown as spending on support measures soared. 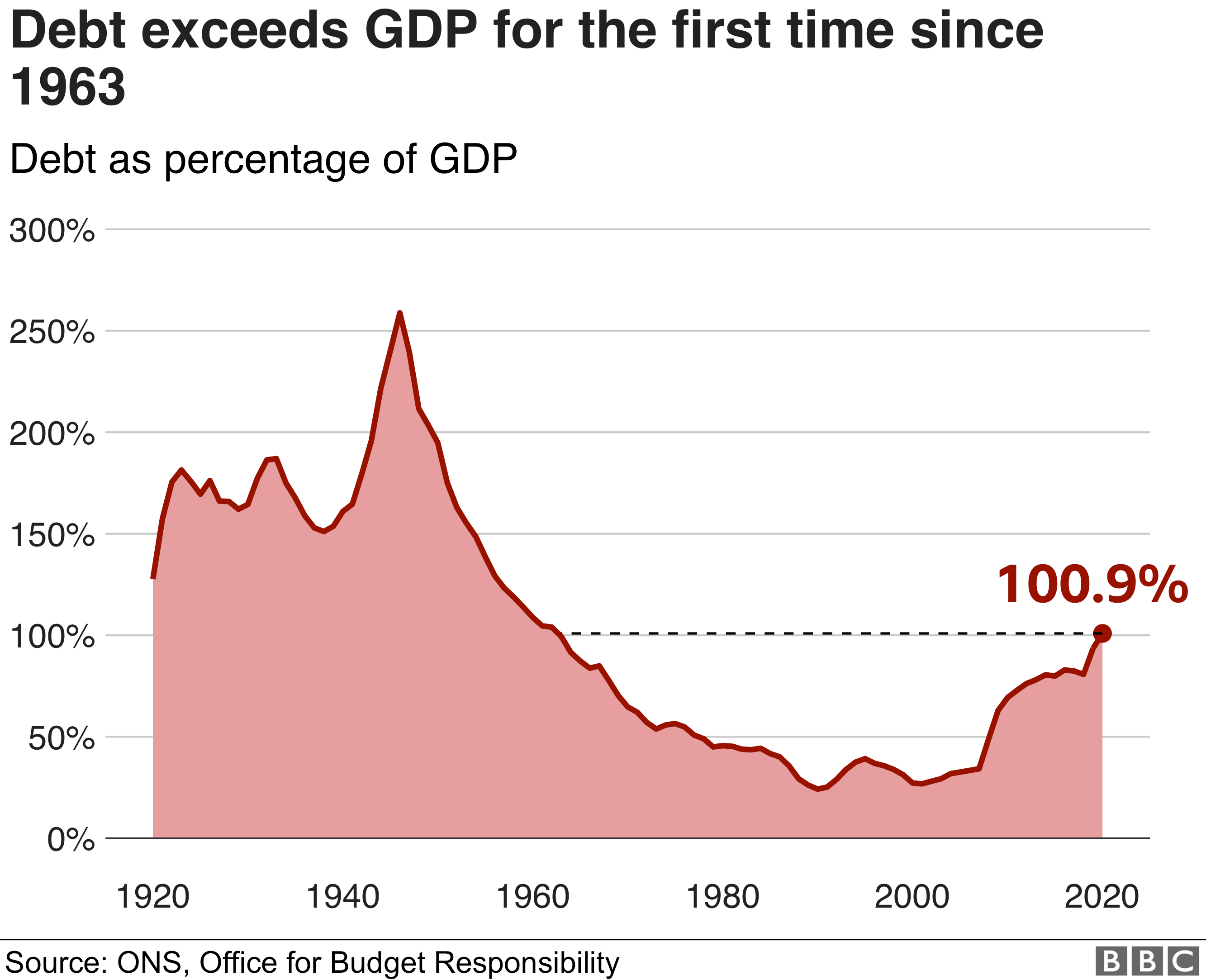 The deficit – the difference between spending and tax income – for the first two months of the financial year (April and May) is now estimated to have been £103.7bn, £87bn more than in the same period last year, another record.

But the ONS estimates borrowing for the 2020-21 financial year will dwarf that at £298bn. That would be the largest deficit since World War Two.

It cautioned that due to the coronavirus, its official estimates were subject to greater than usual uncertainty.

The Office for National Statistics had previously said that April’s borrowing figure was the highest since records began in 1993, but it subsequently revised the figure down to £48.5bn from £62bn.

The revision was due to higher than expected income from taxes and national insurance, as well as the spending on the Coronavirus Job Retention Scheme being lower than originally estimated.