Government borrowing surged to £62bn in April, the highest monthly figure on record, after heavy spending to ease the coronavirus crisis.

It means the deficit – the difference between spending and tax income – was larger last month than forecast for the whole year at the time of the Budget.

The data from the Office for National Statistics revealed the soaring cost of support, such as furlough schemes.

But Chancellor Rishi Sunak said things would be worse without government aid. 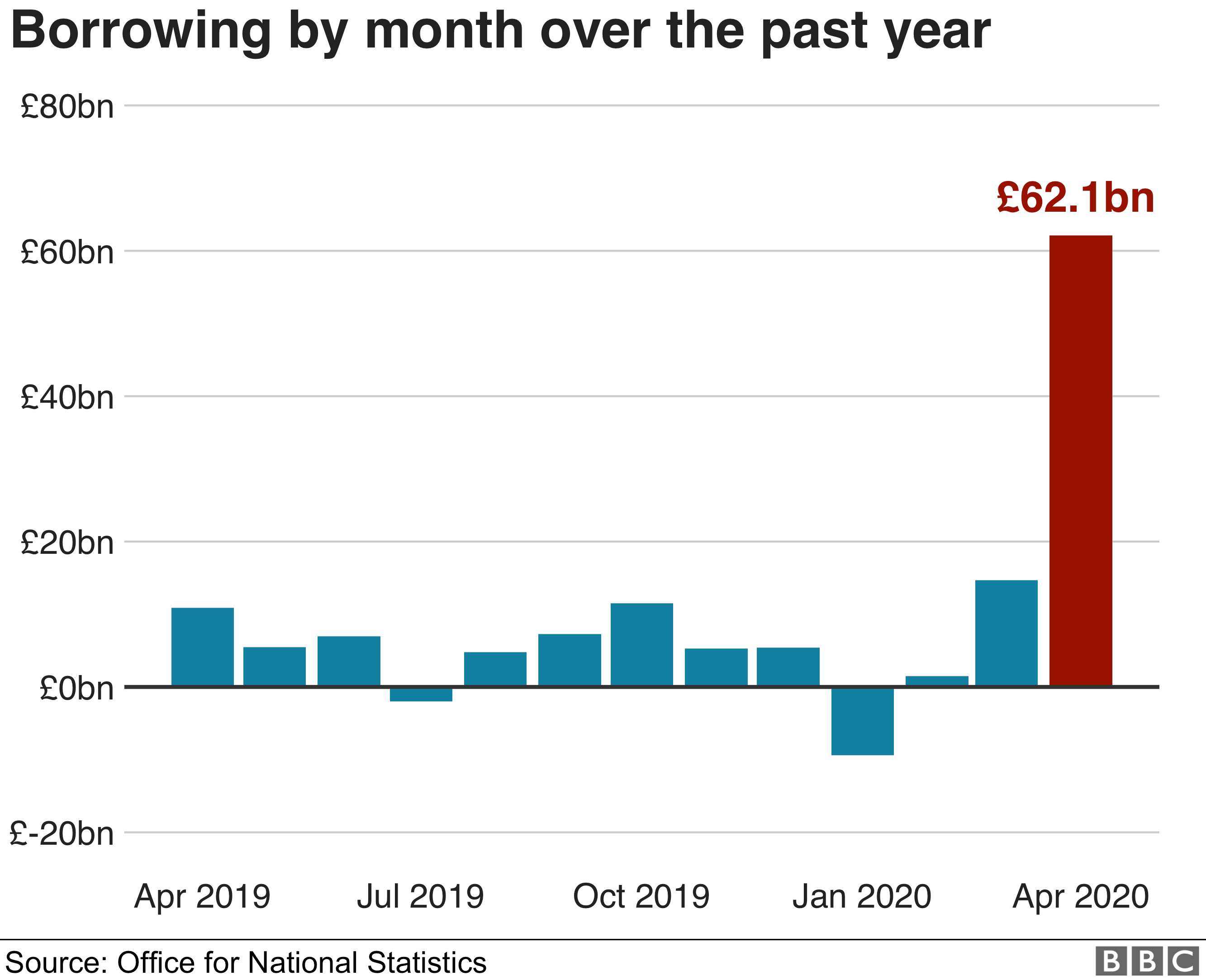 The government’s independent forecaster, the Office for Budget Responsibility (OBR), has predicted that borrowing for the whole year could reach £298bn, more than five times the estimate at the time of the March Budget.

Jonathan Athow, deputy national statistician at the ONS, described April’s figure as “pretty much unprecedented”. It said the cost of furlough schemes alone was £14bn in April.

“Borrowing now is about six times what it was [in April] last year, so we are talking about some really significant changes in the government finances,” Mr Athow told the BBC.

He added it was impossible to forecast the current year’s public finances because of the “high amounts of uncertainty”. Tax receipts have fallen heavily, as the Treasury has allowed companies to defer some payments. The amount received from VAT in April was negative, with the government collecting less than was handed back in repayments.

It said this was driven by a reduction in previous estimates of tax receipts and National Insurance contributions.

The surge in borrowing comes after Chancellor Rishi Sunak stepped up financial support for businesses and employees after vast areas of the economy were forced to halt due to the coronavirus lockdown.

After publication of the figures, Mr Sunak said that if the government had not provided financial support, the cost to the economy and people’s livelihoods would be much worse.

“Our top priority is to support people, jobs and businesses through this crisis and ensure our economic recovery is as strong and as swift as possible,” he said.

“That’s why we’ve taken unprecedented steps to provide lifelines to people and businesses with our furlough scheme, grants, loans and tax cuts.”

SIM registration: MTN urges all to be involved